The Hairline: Aesthetically An Important Part of a Hair Transplant Procedure 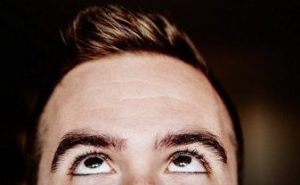 Every month, thousands of people come to Turkey to do their hair transplant surgery. They come because of our care quality and of the low cost. However, most of them don’t have any real information about the surgery they are about to undergo and often also don’t know how it is performed. One of the things we often encounter with our patients is, in fact, one of the most important aspects of hair transplant: where exactly will the new hairline come?

Deciding the hairline before the hair transplant is very hard. It makes or breaks the final result and it needs to be done very skillfully, by a surgeon that has years of experience. Where to draw the new hairline on the scalp differs from person to person. It is determined by the facial characteristics, the size of the head, ethnicity, by age, type of hair, the area that needs to be implanted and by the original hairline that the patient once had. A patient over 40 will have a higher hairline because when we are aging the normal and expected thing is that our hairline is going up. Also, people from northern Europe usually have a higher hairline than the people from the Mediterranean and the Middle East.

After the hairline has been determined and approved by the patient the procedure starts. And when the surgeon has finished extracting the hair follicles from the donor area, he or she will bring a mirror and will ask the patient for the second time to approve the hairline before continuing the hair transplant surgery. Yet, after the hair transplantation, despite the fact that all protocols have been carefully followed, some patients are not satisfied with the final result. Some of them will say their hairline is higher than they had expected, others complain about a slight asymmetry of the hairline.

Then how come these patients are complaining right after the hair transplant procedure about their hairline, done by an experienced surgeon who made sure it is the best possible hairline the patient could ever get, after consulting the patient twice, at the two decisive moments of the process?

Usually, after the surgery, the patient will suffer from swelling in the forehead and this might last for quite some time. This swelling makes the forehead look bigger and alters the look of the hairline. It may give the impression that the hairline was implanted slightly higher than they had agreed. The swelling might also cause the asymmetrical look, as one side of the forehead might be more swollen than the other side. In these circumstances, the surgeon will reassure the patient and explain why the hairline doesn’t look the way the patient expected it to look, that this is caused by the swelling, that it is only temporary and the patient should have a little patience to see (and judge) the final result.

Another reason is the nature of the hairline. There is no such thing as a natural straight and perfectly curved hairline. A hairline is irregular, with tiny waves, up and down. This is simply how hairlines are. There is and should be always some randomness in the hairline to make it look natural. During the hair transplant, the hair is implanted in such a way that the result will look as natural as possible. In order to achieve this, the implanted hairline must have slightly an irregular pattern. We refer to it as the regular irregularity. Is it possible to implant the hair straight and fully symmetrical? Yes. It is. But, it will be all too obvious you had a hair transplant. It will leave you with a permanent artificial look. That seems undesirable if you just want natural looking hair and keep the hair transplant a secret to yourself.

Sometimes a patient’s natural hairline is very asymmetrical in itself, because of a receding pattern. Some patients have lost their hair at one temple more than at the other. That creates asymmetry. The surgeon will, of course, try to fix this asymmetry, but without disturbing the unique identity of the patient. So, he (or she) will leave some irregularities in the line in order to make it look as natural as possible.

When designing the hairline, MCAN Health contracted Surgeons take the following into consideration:

– Aging, which requires the hairline a little higher than the natural one you once had

– The Hair Transplantation Planning, determining where density should be created in the frontal area with no visible spaces in between hairs.

MCAN Health contracted Surgeons explain to the patient all these facts during the consultation clearly and come to a consensus with the patient before the procedure starts.

One of the most important things is patience. After the hair transplant procedure to be patient is essential. Do not hurry to criticize the work of the surgeon and jump to conclusions. Just wait for the full results to appear, which will take 12 months after surgery. 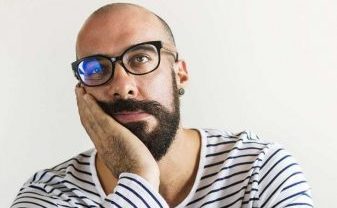 Will a Hair Transplant do, to cover all the balding and receding parts? 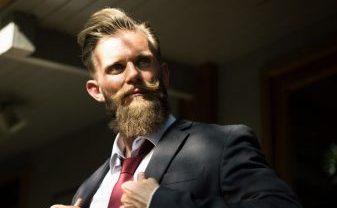 Is Hair Transplant Surgery only for the rich?