An Important Announcement About COVID-19: MCAN Health continues offering its services to patients and helps them to book their treatments. Both video and audio consultations are available. Read More
Read More
Jul 26 0

A large number of women decide to undergo breast augmentation operation for many different reasons. The most common reason is having small or underdeveloped breasts. As breasts have always been seen as one of the most important features that reflect a woman’s femininity and fertility, most women choose breast implant surgery to feel more feminine and sexier. Some of them wish to restore their breast volume which has been lost after pregnancy or massive weight loss while some others go under the knife to reconstruct the breasts after breast cancer surgery.

Breast Enlargement is a kind of surgical procedure that involves using breast implants to increase the size of your breasts. And it is the number one plastic surgery procedure globally. Celebrities, too, mostly prefer having boob jobs to enhance the size and shape of their breasts.

Let’s look into some celebrities with a boob job and their reasons for having it. We are sure you will find something in common with them.

Angelina Jolie Breast Augmentation Before After

Angelina Jolie: This beautiful Hollywood actress, activist, and the United Nation’s Refugees Ambassador found out that she had an 87% chance of developing breast cancer in 2013. She decided to minimize the risk as much as she could. She had her breasts removed by having a preventive double mastectomy. Then, she had undergone breast augmentation surgery. Jolie supports women to undergo breast enlargement after mastectomy by saying “there have been many advances in this procedure [breast augmentation] in the last few years, and the results can be beautiful.”

Kelly Rowland Breast Implant Before After 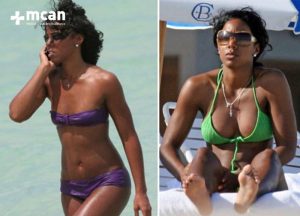 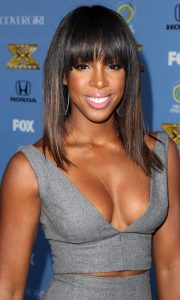 Kelly Rowland: Destiny’s Child star, Kelly Rowland frankly talks about her breast implant operation. She said that she thought of undergoing a boob job at the age of 18. She even tried on padded bras and walked around to see how her boobs looked like after breast implant. But Rowland waited for 10 years before having her breast enlargement operation by taking the advice of her mum and Beyonce’s mum. When Kelly was 28, she finally had her breast augmentation surgery. And she is very happy that she followed her heart and had her boob job! 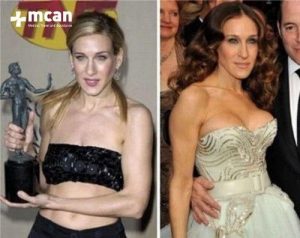 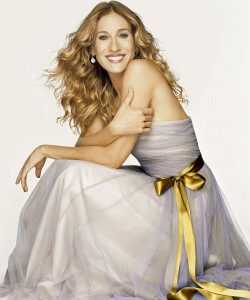 Sarah Jessica Parker: Sex and the City star, Sarah Jessica Parker was not pleased with her boobs at all even if she had a very pretty face and fit body. Parker has thought that undergoing a boob job was a must for her self-confidence. She described her boobs as ‘nothing’ before breast enlargement. She did not care about other people’s thoughts on breast enlargement by saying “when you’re born with nothing, you don’t care what anyone thinks about breast augmentation”.

Let’s look into two celebrities who are keen on denying their boob jobs although their pictures tell the opposite. We will leave you to make your own decision by looking at their before and after pictures. As we always say a picture speaks louder than words anyway ☺

Victoria Beckham Boob Job Before After 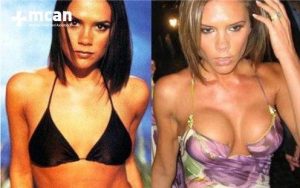 Victoria Beckham – Boob Job or no Boob Job? Our lovely Posh Spice has always denied any ‘cosmetic touches’. In one of her interviews, she said: “I haven’t been tempted by a cosmetic procedure, but never say never.” But we see some great change in her look especially after she met the most handsome footballer, David Beckham. Even she keeps denying her boob job, in another interview, she accidentally mentioned about her ‘silicones’. Silicones or no silicones, that is the question! So, what do you say?

Taylor Swift Breast Enlargement Before After 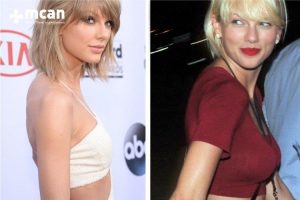 Taylor Swift – did she or didn’t she? This is one of the most frequently asked questions since 2016. And unfortunately, we are left with no ‘certain’ answer for the last four years. Yes, this is indeed very hard! Taylor Swift keeps denying that she has had breast enlargement surgery but ordinary people and even the plastic surgery experts believe the opposite. By judging from her pictures, most people think she had a boob job. And again, we leave you to decide. Do you think she had a boob job or she just grew up and happens to have larger breasts?

Most women prefer to have a boob job to boost their self-confidence and to feel more comfortable about their bodies. It is very important to be happy in our bodies. Otherwise, it is inevitable to experience depression or anxiety. Why would we do this to ourselves? Plastic surgery is safe and accessible more than ever before. If you are also considering having a boob job for any reason, there is no need for hesitation. You can take the first step now by contacting us to find out more about breast enlargement. At the end of the day, ‘it is your body, your decision’!