The Impact of Smoking on a Hair Transplant Procedure 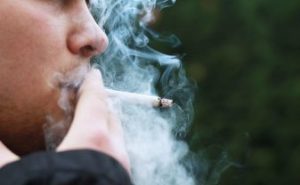 All our patients have been cautioned by their physicians to refrain from smoking, at least during the period following the hair transplantation. But despite feelings of guilt for doing so, still, a lot of people ignore this medical advice.

We all know it, of course: smoking is bad for our health. For our health in general, but more directly: does it also have a negative impact on the result of hair transplantation procedures? After a hair transplant, people often worry that their grafts will not survive, that the newly implanted hair will fall out once again and all will have been for nothing. So let us take a closer look to see if smoking creates an extra risk to the follicles that have been transferred. And if so, in what way and to what extent?

With today’s medical knowledge it is hard to deny that ultimately smoking can and most probably will harm our respiratory system. Also, we are very much aware of the fact that smoking can cause lung cancer and heart problems. At the United States of America, smoking already accounts for nearly 20% of all deaths from the heart diseases in both women and men. But often enough the damage caused by smoking is not limited to one’s own health. It also has a bad impact on non-smokers who are in the same space. According to WebMD.com, exposure to tobacco smoke accounts for around 70,000 deaths every year from heart disease.

In relation to hair, based on research with identical twins – one of the twins is a smoker and the other a non-smoker – the one that smokes exhibits a greater extent of baldness.

Nicotine from cigarettes causes the blood vessels to harden and constrict. Additionally, in the blood nicotine reduces the capacity of carbon monoxide to transport oxygen throughout the entire body.

A bad circulation will undermine a patient’s injury recovery and in most cases causes a delay in the wound healing process. Open wounds are vulnerable to viruses and therefore the longer it takes for the wound to heal, the higher the risk of infections.

And not only infections caused by open wounds are a possible threat to a successful hair transplant. Also, crusts and scabs may stay on the surface for longer than necessary thus increasing the risk of forming scar tissue.

Another risk according to physicians is that smoking increases the chances of necrosis or skin death. This effect is strongly related to the number of cigarettes one smokes in a day. Heavy smokers, obviously, have a higher risk. Also, excessive bleeding might occur during the operation making the operation last longer. And in hair transplantation surgery that is just what you are trying to avoid, since the maximum time unfrozen follicles can survive outside the body is around six hours.

Smoking before and after hair restoration

Hair transplant surgeons advise patients to stop smoking about a week before the surgery and fourteen days following the hair transplant process. But a few months would definitely be better for a maximum result.

If the patient would stop smoking for the recommended time period following their hair transplantation and would just start smoking again afterward, the risk of losing the remaining natural hair would still be higher than it is for non-smokers.

One final but most important argument

Although the majority of smokers have a higher risk of low-density hair, of course, there are a lot of smokers where the hair transplant surgery went very successfully. But why take the risk? When the risks to an unsuccessful hair transplant can be reduced or even avoided easily if you would stop smoking completely. And the good news is that people who quit smoking, regardless of their age, immediately become healthier and live longer.

So, as you are changing your looks, why not change a habit too? Why not quit smoking completely? After all, now you have an extra and most important reason: Your Hair! 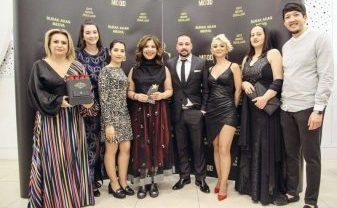 What happen to my cute button nose?